The Grower’s Secret Story began in 1995 on a mushroom farm on Maui with a phone call that started a collaboration between two long time friends, Bryan Hiromoto and Wesley Chun.  Together, they identified several species of edible mushroom that produced nematicidal compounds.  One mushroom was soon found to produce a compound that significantly stimulates plant growth.  In 1998, Advanced Biological Research, LLC (ABR better known as Albert Pleus, Bryan Hiromoto, Randy Harve) was formed and the process to produce large quantities of this compound in a liquid fermentation culture was developed.  Field validation was conducted in Hawaii and by third party researchers with the support of a federal grant.  By 2003, large bioreactor incubation was established and the growth enhancer was sold commercially as Liquid Compost Factor and in retail stores such as Ace Hardware, KMart, and Long's Drugs as PGE.

In 2010, Chaz Berman agreed to commercialize the material and ABR became Grower’s Secret, Inc.  The plant growth enhancer was rebranded as Grower’s Secret Professional (GSP), marketing efforts were expanded, and the company explored expanding the product line.  After enhancing fish emulsion with GSP, the company has added several organic fertilizers and supplements to their product line.  In 2014, we added an organic, high nitrogen fertilizer derived from soy beans called Grower’s Secret Nitrogen 13-0-0 to our family.

By 2015, GSI added Earth Emulsion 2-3-3.  Today, we offer 4 products, all designed to sustainably increase agricultural productivity.  And we are always looking to follow in our founder's footsteps to conceive, design and produce Innovative Organic Solutions so farmers have more choices to grow sustainably.

As B Corporations and leaders of this emerging economy, we believe:

For more information about B Lab and Certified B Corporations,

What is a B Corporation?

A B Corporation is a for-profit company that is certified by an independent nonprofit organization call the B Lab.  We must meet rigorous standard of social and environmental performance, accountability and transparency.  We are one of more than 1,600 other companies in 42 countries that use business for good.  In our case, we are focused on environmentally safe agricultural productivity.  As a B Corporation, we strive to adhere to the B Corp Declaration of Interdependence:

“We envision a global economy that uses business as a force for good."

This economy is comprised of a new type of corporation - the B Corporation - Which is purpose-driven and creates benefit for all stakeholders, including shareholders, employees, our community and the environment.

We believe companies, like individuals, need to be environmentally and socially responsible citizens. We are committed to using organic, renewable and sustainable ingredients in our products and packaging as we grow our business; and to operate our business in a way that is in harmony with nature, preserves natural resources, and makes a healthier world for future generations. We make a difference and do well.

Principles
We adhere to B Corp standards of openess, transparency and care for all of our stakeholders.
Practices
We strive to have our business practices be honest, fair and authentic.

Capabilities
Our employees bring a high level of experience, knowledge and skills.
Results
We have demonstrated over time we produce more profit for our customers.

Did you know that Grower's Secret was founded in 1998 on the island of Maui? 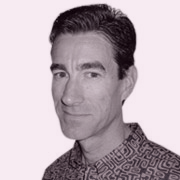 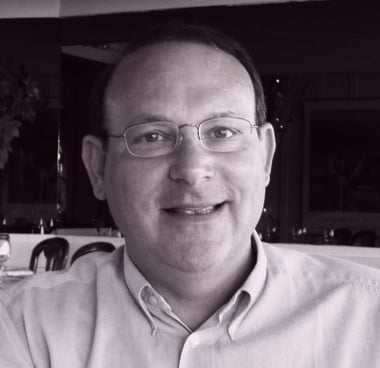 President of Stebbins and Associates