Plant of the Month: Rose

There is nothing more symbolic of love than the rose. A yellow rose can signify friendship, a yellow rose with red tips can signify friendship turning to love, a white rose can signify marriage and a red rose is known around the world as a symbol of love and passion. The ancient Greeks, Romans and Egyptians identified the rose with the Goddess of love, including Aphrodite, Venus and Isis. The rose was also used in ancient games, rituals and potions to determine whom a maiden would marry or to seduce a potential suitor. 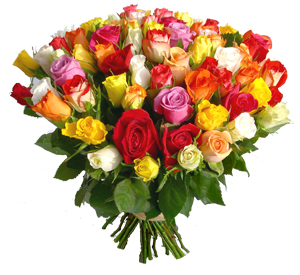 According to fossil evidence, the rose is over 35 million years old. The earliest known cultivation of roses for ornamental use took place in Persia and China around 500 BC. During the Roman period, roses were used as confetti, perfume, for medicinal purposes and Roman nobility established large public rose gardens in Southern Rome. In the 15th century, Henry VII used white roses to symbolize York and red roses to symbolize Lancaster during the English Civil War, earning it the name “War of the Roses.” In the 17th century roses became so popular that royalty considered them legal tender. Napoleon’s wife grew an extensive collection of roses at Chateau de Malmaison in the 1800’s, inspiring the botanical illustrator and water color artist, Pierre Joseph Redoute. Finally, in the late 18th century, repeat blooming roses from China were introduced to Europe and have been hybridized and used in a number of gardens since. Today, roses are gaining in popularity yet again, with new colors and hybrids that can withstand harsher climates, pests and diseases and have never gone out of popularity as a staple for a Valentine’s Day gift.

Roses have also been used in medicine, perfumes, cooking and religious rites. Rose perfumes are made with attar of rose, rose oil or rose water. The production of rose perfumes began in Persia, spread through Arabia and India and then to Europe. Rose water is often also used in Islamic, Zoroastrian, Hindu and Christian religious ceremonies. All of these products are also used in sweets and cosmetics. Rose hips, the aggregate, berry-like fruit of the rose, are very rich in vitamin C.  For this reason, rose hips have been used as vitamin supplements. Roses have also been used in herbal, folk medicine and traditional Chinese medicine. They have been used to ease stomach problems and are being investigated for their use in controlling cancer growth.

The rose will always be the truest symbol of love, whether that love be friendly, passionate, caring or forever. Roses have healed, inspired, seduced and ignited passion in almost every part of the world and in every garden.