Get by with a Little Kelp From Your Friends 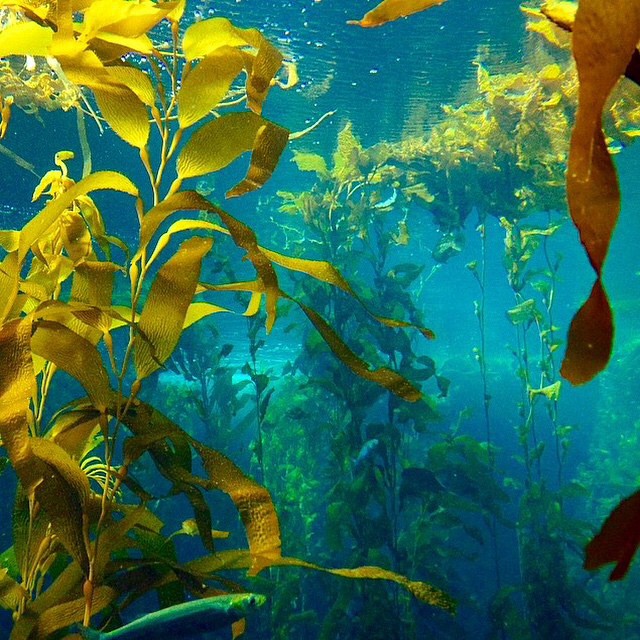 Previously, we discussed the role of seaweed in alleviating plant stress. In reality, seaweed is a versatile product that can: 1) Reduce Effects of Environmental Stresses; 2) Improve Plant Growth and Health; 3) Induce Pest and Pathogen Resistance; and 4) Improve Soil Health.

Seaweed was first used as early as 2700 BC in China, mainly as a food for special guests or kings. In Europe, Mediterranean seaweeds were used as medicine or animal feed around 100 BC. Circa 1200 AD, seaweed found uses in agriculture as mulch. In the 1950s, development of a process to liquefy seaweed revolutionized the widespread use of seaweed in agriculture. Currently these are produced by alkaline or acid hydrolysis, cellular disruption under pressure, or fermentation.

Seaweeds are macroscopic marine algae that inhabit coastal regions of the world’s oceans. They are organized into three main groups based on their pigmentation:  1) Phaeophyta - brown algae; 2) Rhodophyta - red algae; and 3) Chlorophyta - green algae. The brown algae are the second most abundant group and are the type most commonly used in agriculture. Within this group, Ascophyllum nodosum, Fucus spp., Laminaria spp., Sargassum spp., and Turbinaria spp., are used as biofertilizers. Let’s take a quick look on what seaweed can do for your crops.

Improve Plant Growth and Health. Seaweed extracts contain a number of compounds that are beneficial for plant growth.  In particular, brown and red algae are good sources of complex polysaccharides, many of which are involved in gene induction of various pathogenicity related proteins with antimicrobial properties.  Seaweed extracts are also rich in minerals and growth hormones such as cytokinins, auxins, and conjugates of indole acetic acid.  In certain plants, improved chlorophyll content has been observed.

Improve Soil Health. Seaweeds improve soil health by increasing the moisture holding capacity of the soil and by promoting the growth of beneficial soil microbes. Polysaccharides of seaweed are hydrophilic and have gelling and chelating abilities. These polysaccharides have also been shown to stimulate growth of arbuscular mycorrhizae on several crops.

The bottom line is that seaweed is a versatile product that can significantly improve crops via an number of mechanisms. The growth promoting, disease resistance, soil conditioning, and stress alleviating properties of seaweed makes it a compelling product to consider in all production agriculture.