Taming of the Shroom 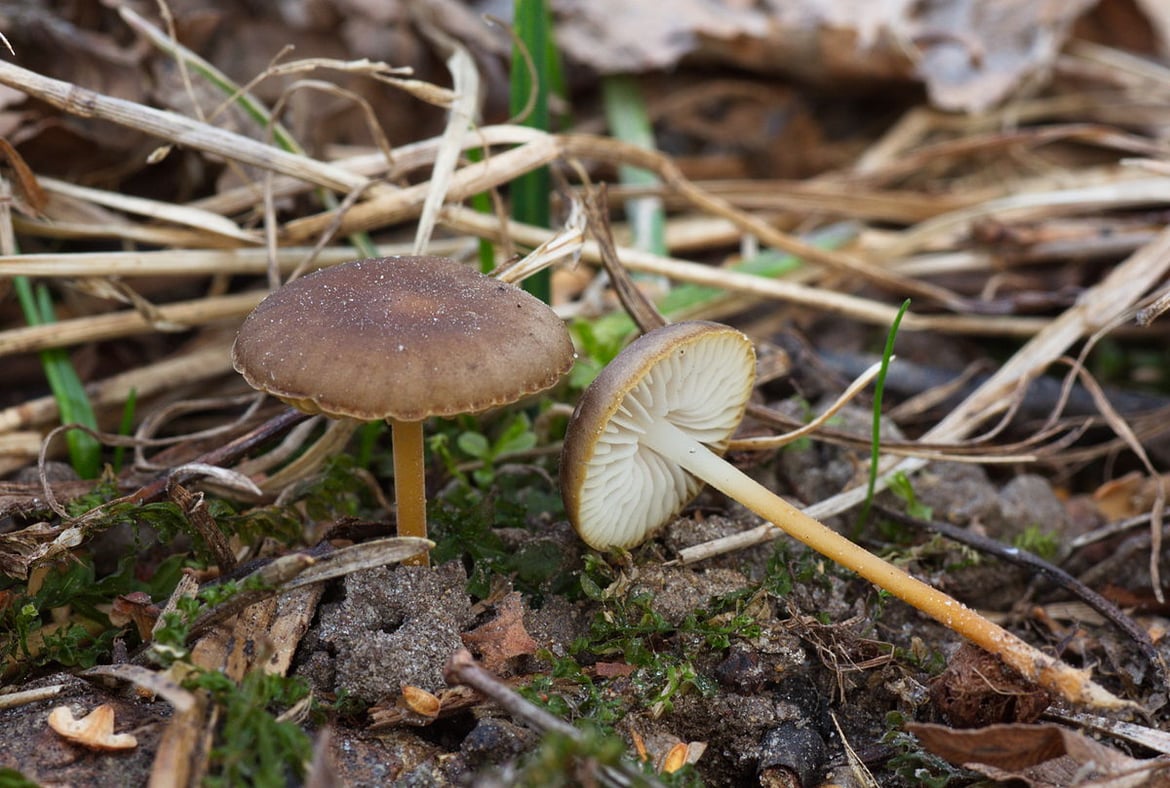 Mushrooms are a familiar and often desired delicacy for human consumption. Button, oyster, shiitake, enoki, and portobello mushrooms can readily be found in most grocery stores. Early hunter/gatherers probably foraged for edible mushrooms. Around 4600 years ago, mushrooms were believed to be plants of immortality and reserved for pharaohs. Agaricus bisporus (button mushroom) was the first cultivated mushroom and was grown by the French in 1651. Around the same time, other mushrooms were being grown on wood in China and Japan for food, years after the initial discovery of mushrooms growing on soaked logs. By 1865, mushroom cultivation reached the US. Today, several genera and species are cultivated for food. Rich in zinc, iron, chitin, vitamins, minerals and fiber, mushrooms have super food potential. People still forage for edible mushrooms as a hobby. Experienced mushroom hunters know that 50% of the mushrooms are inedible (woody or indigestible), 25% are edible (but tasteless), 20% will make you sick (upset digestive tract), 4% will be tasty, and 1% will kill you (always go with an expert). However, the true value in mushrooms goes beyond simple pleasing of the palate.

Mushrooms are the most highly evolved and complex members in the Kingdom Fungi. An estimated 140,000 species inhabit the earth. Roughly 14,000 species are known to science and a wealth of knowledge has been accumulated. Humankind have always used mushrooms as food and medicine. Over 2400 years ago, herbalist Shen Nong of the Shu Dynasty described the Reishi mushroom as a herb of superior quality. Today, traditional Chinese Medicine uses over 200 species of mushrooms for healing. About 100 species of mushrooms are being studied for their health-promoting benefits. Lion’s Mane, Maitake, Cordyceps, Coriolus, Agaricus, and Chaga are just a few that are found as nutraceuticals in today’s health food and vitamin shops.

Scientific literature abounds with studies that have described pharmaceutical, bactericidal, fungicidal, herbicidal, virucidal, insecticidal, and nematocidal activities in mushroom fungi and much of the work has focused on a few of the higher basidiomycetes. Currently, around 2,000 active secondary metabolites have been found in species of Ganoderma (shelf or bracket fungi), Lactarius (milky cap fungi), and Agaricus (button and field mushrooms). It is obvious that a systematic screening of basidiomycetes would result in the discovery of novel and unique sets of compounds that could address a number of agricultural challenges.

However, life of a shroom is not that simple and a major hurdle must be overcome to develop products for use in production agriculture. Mushroom cultivation methods have been designed for food production and not bio metabolite production. Technology for extraction and purification of metabolites exist mostly for experimental use and not necessarily economical for bio metabolite production for agricultural use. These two factors contributes to metabolite production costs that economically limits use to the nutraceutical market in the form of tinctures or dietary supplements made from ground mycelia. It is cost prohibitive to naturally produce mushroom bio metabolites in sufficient quantity for agriculture. This impediment was cleverly addressed with biochemistry knowledge that lead to the development of a series of synthetic fungicides based on a naturally occurring compound from the Pine Cone Fungus, Strobilurus tenacellus.

Strobilurins were first discovered from the Pine Cone Fungus, Strobilurus tenacellus. The natural compound was a light sensitive weak fungicide that was unsuitable for agriculture. However, knowledge of the structure and properties of the molecules led to the chemistry of new synthetic pesticides called the strobilurins that made their appearance in 1996. There are currently nine synthetic strobilurin classes of which several are available in the agricultural market. The remainder is undergoing testing and evaluation. Strobilurins are now the second largest chemistry group of fungicides. The first strobilurin was Cygnus 50WDG (BASF Corp). Also called kresoxim-methyl, it was developed for ornamentals as a surface-systemic translaminar compound with anti-sporulant activity. Ownership was later transferred to Scott's Professional Horticulture. Heritage 50WG (Syngenta) was the next strobilurin to reach the market place. Called Azoxystrobin, it was a systemic fungicide with upward movement in the plant. Compass, is a trifloxystrobin developed by Novartis Crop Protection. It is a mesostemic fungicide that penetrates tissue but is not transported in the plant. Novartis merged with Zeneca and Compass was sold to Bayer. Now, Olympic Horticultural Products markets Compass. The newest strobilurin is Insignia developed for turf and ornamentals as a protectant. Most of the strobilurins are locally systemic and partially systemic with protectant properties. Other strobilurins are systemic and have therapeutic properties.

These products have become important tools for agriculture but represent just the tip of the iceberg. For nearly 30 years, we have known that basidiomycetes produce bactericidal, fungicidal, herbicidal, insecticidal, nematicidal, and virucidal compounds and yet, only one class is commercially available for agriculture. This is partially due to the difficulty and cost of production of the materials for evaluation and characterization. Current products are produced synthetically, avoiding the high cost of natural production, extraction and purification. However, the technology for large scale inexpensive production of bioactive metabolites from basidiomycetes has been developed and is currently being used to produce a growth stimulant for agriculture. This technology can easily be adapted for production of other metabolites. Hopefully this will the key to an exciting new era in natural compound chemistries for agriculture, and indeed begin the Taming of the Shroom.