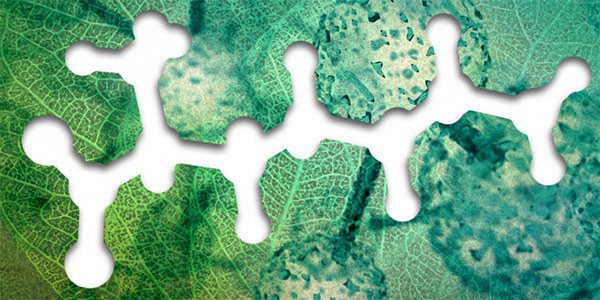 Soybean cake, or soybean meal is the residue that remains after oil is removed. It was used as a crop amendment and as a livestock feed supplement in the late 1800’s to the early 1900’s. As a fertilizer, it provides nitrogen in the form of peptides and proteins. However, it had to be mineralized before the nitrogen became available to plants. Despite this shortcoming, soy meal remained popular as a nitrogen source for crops until it was replaced by synthetic fertilizers during the Green Revolution. Recently, amino acid products manufactured from soy and other plant sources have become popular fertilizers for providing nitrogen to plants. These fertilizers are processed by various methods to inactivate protease inhibitors found in raw soybean meal, and to digest proteins into amino acids. These are then formulated into dry, water-soluble powders, compressed in to granules, or rehydrated into concentrated liquids.

Amino acids are the building blocks for peptides and proteins, and also have non-protein functions such as metabolic intermediates, plant signaling, and plant defenses. There are 20 proteinogenic amino acids encoded by genes. All amino acids have a similar structure that consists of a central carbon (C) surrounded by an amino group (NH2), a carboxyl group (COOH), and a specific R group that differs for each individual amino acid. All but glycine has one or two asymmetric atoms and exists in two (D- or L-) optically active (enantiomeric) forms that have different physiological and biological activities (Grishin, 2020). L-amino acids are the key molecules that serve as the building blocks for proteins and for their roles in metabolism (Kolukisaoglu U. , 2020). D-amino acids have long been considered useless and even harmful for plants. However, recent studies have shown that D-amino acids have some important roles (Kolukisaoglu U. , 2020). In plants, mainly L-amino acids are found free, and as constituents of peptides, proteins, and nucleic acids. In the soil, the amino acid pool is comprised of bound and unbound forms of mostly L-amino acids. However, D-amino acids are found in the soil in cell walls of some microbes, as degradation products of microbes and plant biomass, and from abiotic racemization.

Free amino acids and nitrates are found in all parts of a plant and are used for nitrogen transport through via the xylem and phloem in plants (Ohyama, 2017). In addition to its role as a nitrogen currency, amino acids function as metabolic precursors, serve as a plant signal for nitrogen assimilation, function as a chelator for minerals, and is involved with plant transpiration. Active and passive uptake mechanisms are responsible for amino acid uptake via roots and shoots. The process is quick with anywhere between 5% and 45% of the applied amino acid is incorporated into plant roots within 48 hours (Sauheitl, 2009). Anywhere between 2% and 70% is taken up as intact amino acids (Sauheitl, 2009). An increase in amino acid concentrations is usually accompanied by an increase in plant uptake. Microbial populations will use excess amino acids which are eventually released as microbial populations turn over (Ohyama, 2017). Protein synthesis from amino acids in plants requires less energy than nitrate and ammonium which requires additional steps to synthesize amino acids (Teixeira, 2018).

In the soil, nitrogen is either in the plant available pool (soluble nitrogen = mineralized nitrogen or free amino acids), or plant unavailable pool consisting of organic matter or microbes (Jamtgard, 2010). The amino acid pool in soil consists of proteins, peptides, and free L- and D- amino acids. L-amino acids are dominant as they are the breakdown products of living organisms. It is believed that the D- amino acids come from microbial biomass, feces, and pesticides (Vranova, 2012). Biotic sources would include cells walls of some bacteria and trace amounts in plant and animal matter that was synthesized by the organism. Abiotically, D-amino acids arise from racemization due to heat and alkali conditions (Vranova, 2012), or acid treatment (Friedman, 1999).

In the soil, the predominant amino acids are glutamic acid, glutamine, aspartic acid, asparagine, alanine, and histidine. The amino acid concentrations in the soil tend to increase as the soil ecosystem matures. However, within the growing season, the amino acid pool remains relatively constant (Werdin-Pfisterer, 2009).

Amino acid deficiency in plants is not something that is considered when managing plant growth since most plants can synthesize all the essential amino acids as long as there is a source of nitrogen. However, amino acid deficiencies are important in terms of nutritional value of crops for human and livestock consumption. For example, soybeans are deficient in methionine (important animal brain and digestive function) and lysine (important for animal defense systems) (Le, 2016). Maize is deficient in tryptophan (required for serotonins and melatonin synthesis). Levels of amino acids in plants may be improved by nutrient supplements such as iron for lysine production, and copper, manganese, and molybdenum to support histidine and lysine production.

Exogenous (externally applied) amino acids are actively and passively taken up by plant roots (Jamtgard, 2010) and leaves (Datir, 2012). In the soil, the bulk of applied amino acids is immediately taken up (minutes to hours) by microbes depending on the existing microbial population. This accounts for the relatively stable soil amino nitrogen levels in long term ecosystems such as forests. Hence, amino acid nitrogen is not susceptible to loss from soil aside from the trace amounts lost via decomposition into ammonia and nitrate. Exogenously applied nitrates on the other hand goes directly into the soluble nitrogen pool. Plants actively take up the nitrogen but rate limitations. With synthetic fertilizers, nitrogen is in excess and what is not utilized by plants or microbes can potentially be lost due to leaching or runoff. This has been estimated to be somewhere between 10-50% of the applied amount. This is the reason why 12-60 pounds of amino acid nitrogen is recommended (2-10 pounds of amino acid fertilizers per application) is used versus 100-150 pounds of synthetic nitrogen per crop. The percent nitrogen in amino acid fertilizers range from 12 to 16 percent and application rates range from 2 to 10 pounds per acre, once or twice monthly depending on the crop and the growing environment.

Besides soybean hydrolysates, soybean meal is still used as a fertilizer. With a typical analysis of 7 - 1.5 – 1, it is a slow release fertilizer since microbial mineralization is required before amino acids are released with microbial turnover. Application rates range from 1 to 10 pounds per 100 square feet with one application per crop. Soybean meal can inhibit germination of small seeds (Brown, 2017) and is sometimes marketed as a combination fertilizer/herbicide.

Aside from soy meal, no toxic effects have been reported for amino acid fertilizers. In all practicality, no toxic responses are expected. Thus, excess amino acid levels are not limiting factors as higher levels favor microbe uptake. This acts as a reservoir and is later released as plant available amino acids when the microbial population turns over (Sauheitl, 2009). SummaryAmino acid-based fertilizers are an excellent choice to provide nitrogen to plants. It is nearly impossible to over fertilize and the bulk of the applied nitrogen remains in the plant or in the soil and does not move off site into the environment. It supports microbial growth which is important to establish healthy biologically active soils. In addition to providing nitrogen, amino acids also play other plant metabolic roles.