Pre-Plant and At Planting Fertilizing 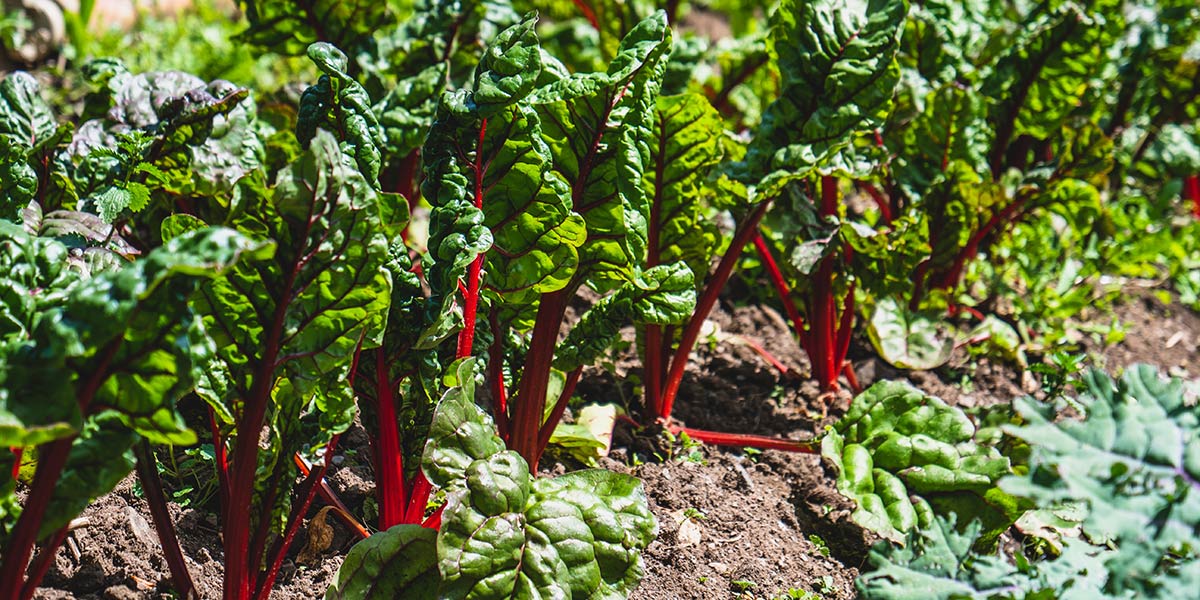 Organically produced food is an essential form of food production that has existed since the dawn of agriculture. It resided with the Green Revolution but has regained popularity since the rebirth of the organic movement in the 1940s. Once only available in organic stores, three out of four stores now carry organic products. From 2010 to 2019, organic food sales increased 4.6 to 12.2 percent annually. In 2018, total US organic sales reached $52.5 billion, a 6.3 percent increase from 2017. US organic food sales accounted for $49.7 billion, a 5.9 percent increase from 2017. This year organic produce sales as a result of the COVID pandemic jumped 22 percent in March, leading to a first-quarter rise of 8 percent for 2020.

For many crops, post-harvest (the period after harvest and before leaf senescence) fertilization can play an important role in the following season crop. In many tree crops, it is one of the best times of the season for uptake of nitrogen and potassium. Trees are still active, and the roots and foliage readily absorb applied nutrients. These nutrients become reserves for the following growing season.  While there may be little difference in tree productivity between fall and spring fertilizer applications, it may be better to fertilize in the fall. Fall applications are more efficient since trees are still actively taking up nutrients, cold and wet conditions in the spring can delay dormancy break, and spring-applied fertilizers are subject to leaching and runoff.

Nickel (Ni) is the 24th most abundant element in the Earth’s crust with concentrations ranging from 80 to 125 ppm. Combined with the estimated 20% Ni content of the Earth’s core, nickel jumps to the fifth most abundant element by weight after iron, oxygen, magnesium, and silicon. In pure form Ni is a lustrous silvery white metal with a gold tinge. Nickel is a group 10 member of the Periodic Table of Elements. Nickel’s position in the Periodic Table places it in a group of transition metals (Mn, Fe, Co, Cu, and Zn) that serve as essential micronutrients for plants.

Nickel is the most recent element to be added to the essential element list for plants. Its presence in plant tissues (ash) was used for biogeochemical nickel prospecting in the mid 1900’s. In 1946 broad beans, potatoes, and wheat grown in the Romney Marsh area in England responded well to applications of nickel, as well as boron, copper, iron, manganese, and zinc. In 1975, nickel was identified as an essential component of the plant enzyme, urease when tissue cultured soybean plants could not grow when urea was supplied as the sole nitrogen source unless nickel was supplied. Other researchers soon demonstrated that a nickel deficiency severely impacted growth of other plants when urea was the sole nitrogen source. In 1983-84, nickel was shown to be essential for nitrogen fixing plants such as legumes. In 1987, it was shown that barley could not complete its life cycle in the absence of nickel, even if a non-urea nitrogen source was provided. Other researchers showed that a nickel deficiency depressed growth of oats and wheat.These findings met the requirements defining essential elements for plants. By 2004, nickel was added to the USDA list of essential plant elements and recognized as an essential micronutrient by the American Association of Plant Food Control.

Nickel is mobile in plants so deficiency symptoms appear in older leaves first. This can create a spatial Ni concentration gradient within a plant.  For example, up to 70% of the Ni content in a plant’s shoots can be transported to seeds. Uptake mechanisms of Ni may share some similarities with other metal elements since copper and zinc are effective competitors of nickel.  There are two regulatory systems that manage Ni uptake. There is a low affinity system that can absorb Ni at concentration of 4.4 ppb (0.6 ounces of Ni per million gallons of water), and a high affinity transport system that can absorb Ni at 1.8 ppm (237.7 ounces Ni per million gallons of water. Nickel is readily re-translocated within the plant, probably as a complex with organic acids, such as citrate at pH < 5, or with an amino acid, such as histidine at pH > 6.5.

Nickel is widely distributed in soils originating from soil forming processes, plant decomposition, and pollution. Only the ionic form, Ni2+ is available to plants.  Since these may be chelated to other compounds, total soil Ni concentrations may not be reflective of actual Ni availability. Other ions such as copper and zinc compete directly for carrier sites with nickel.  Other ions such as iron and cobalt compete indirectly. These competitive ions are also Ni limiting in soils.

Nickel should be at sufficient levels for agriculture since Ni is fairly ubiquitous and continually being deposited from atmospheric pollution generators. Although rare, nickel deficiencies are known to occur in a number of perennial plant species grown in the low nutrient, acidic soils of the southeastern United States, soils with high Ni binding capacity, high pH soils (>pH 6.7), and high lime soils. It can also occur under tightly controlled conditions such as tissue culture. Nickel deficiencies, can appear after three years of tightly controlled fertilization that prevents Ni introduction. The current trend for cleaner air, better fertilizers, and greenhouse and tissue culture based production, may also impact and lead to Ni deficiencies.

For woody perennials, chlorosis similar to that of iron or sulfur deficiency has been noted as an early indicator of Ni deficiency. Other more severe symptoms that have been observed in pecan trees include a rounding or blunting of the leaflet tips, and dwarfing of foliage to produce what has been termed “mouse ear” or “little leaf” in the southeastern US. This rounding of leaf tips is associated with buildup of urea to toxic levels. With severe Ni deficiency, leaf deformation is often most prominent at the top of the tree canopy. Affected foliage is thicker, less pliable, tends to be brittle, and may exhibit cupping or wrinkling. Severe Ni deficiency results in plant stunting and abnormal growth patterns.

In graminaceous species, deficiency symptoms include chlorosis which appear similar to that induced by iron deficiency, including interveinal chlorosis and patchy necrosis in the youngest leaves. Nickel deficiency also results in a marked enhancement in plant senescence and a reduction in tissue-iron concentrations. In monocotyledons and in dicotyledons, the accumulation of urea  in leaf tips is diagnostic of nickel deficiency.

Fertilization with nickel is usually not needed. Soil plant available Ni or deposition from the air is usually sufficient to meet the critical requirements for most plants.  Trace amounts of Ni are also present in some commonly used fertilizers. However, situations where Ni is deficient, or with crops that have a high requirement for Ni such as pecans, Ni supplementation would be useful if not necessary.

Anhydrous nickel sulfate (NiSO4) or nickel sulfate NiSO4•6H2O can be used for tissue culture or to address nickel deficiencies when used as a foliar spray (0.03 to 0.06 ppm). Municipal sewage sludge is another good source for Ni. Other Ni containing fertilizers include nickel nitrate (Ni(NO3)2 •6H2O), nickel chloride (NiCl2•6H2O), nickel EDTA complex (NiC10H16N2O2), and Nickel Plus. Application of foliar sprays of 0.05 to 0.06 ppm Ni, or 0.5 lbs Ni per acre is all that is needed.

Crop responses to nickel are the absence of Ni deficiency symptoms. Approximately 0.03 mg/kg dry weight in leaves for most plants are sufficient. Sufficient Ni has been reported to produce significant increases in nodule weight and seed yield of soybean. Nickel is needed in barley to yield viable seeds. In pecans, Ni alleviates mouse ear symptoms and may be associated with reduced resistance to certain diseases. In other plants, Ni has been associated with increasing disease resistance due to a direct phytosanitary effect of Ni on the pathogens or possibly increased host plant resistance. Nickel is absolutely essential for rice, soybean, and tobacco tissue culture.

Until the recognition of Ni as an essential element, attention was focused on the toxicity of nickel in plants especially lands impacted by industrial pollution. In sensitive plant species (>10 mg/kg dry weight), moderately tolerant plant species(>50 mg/kg dry weight), impaired root and shoot growth without any remarkable defining characteristics can be observed. This can occur in serpentine soils, sewage amended soils, or soils subject to contamination from industrial pollution.  Nickel toxicity symptoms usually occurs in plants grown in soils with high concentrations of iron, zinc, and chromium, or an unfavorable ratio of magnesium to calcium. Severe toxicity results in complete foliar chlorosis with necrosis advancing in from the leaf margins, followed by plant death.

In early or incipient stages of nickel toxicity, no clearly visible symptoms develop, though shoot and root growth may be suppressed. Acute nickel toxicity results in symptoms that have occasionally been likened to iron deficiency (interveinal chlorosis in monocotyledons, mottling in dicotyledons) or zinc deficiency (chlorosis and restricted leaf expansion).

Nickel is the latest element to be classified as essential for plant growth in both laboratory and field conditions. Nickel plays an important role in nodulation and nitrogen fixation so it is an essential nutrient in leguminous nitrogen fixing plants. Nickel deficiencies are usually observed when soil pH is greater than 6.7, or in soils that have received excessive application of Ca, Cu, Fe, Mg, Mn, or Zn. Common symptoms are leaflet tip necrosis or “mouse-ear” leaves. Deficiencies can be remedied with foliar sprays such as NiSO4 or other soluble Ni fertilizers. Municipal biosolids can also be effectively used to address soil Ni deficiencies.

Corn Steep Powder (CSP) is a fine, yellow to yellow-brown, water-soluble powder made by spray drying corn steep liquor (CSL). Corn steep liquor is a concentrated liquid derived from the water that is used in the initial stage of the corn wet milling process. Once considered a waste stream byproduct, its properties lent well for other uses.  The tan to brown liquid is denser than water and has an acid pH (3.7 - 4.7). Since it contains 40 to 60% water soluble corn solids, it has a variety of nutrients. CSL has nitrogen in the form of amino acids and peptides, macro and micronutrients, and vitamins.  Because of this, it is particularly useful as an ingredient in microbiological growth media, or can be combined with gluten into an animal feed supplement. Most recently it has been shown to be useful as a fertilizer, for the production of food, in the production of microbial products, and has some industrial applications.