Ferti-Facts: Magnesium Light Up your Crops with Magnesium 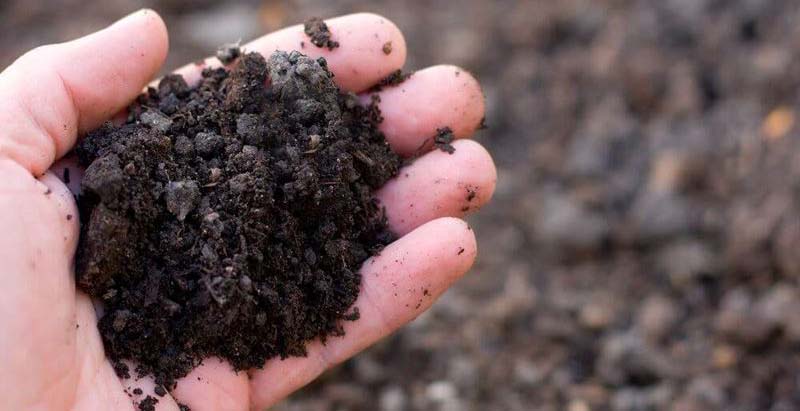 Magnesium is a gray-white lightweight, alkali earth metal. It burns a very bright white so it is used to add white sparks or increase the brilliance of a firework. Magnesium is either the eighth or ninth most abundant element in the universe and the seventh or eighth most abundant in the Earth's crust. It is the fourth most common element and is estimated to comprise up to 13% of the Earth's mass, most of which is in the mantle. Magnesium is the third most abundant element dissolved in seawater after sodium and chlorine. Despite this abundance, it is never found free in nature. The name magnesium comes from Magnesia, a district in Greece's north-eastern region where talc (hydrated magnesium silicate or magnesium stone) is mined. The Scottish chemist Joseph Black recognized it as a separate element in 1755. In 1808, the English chemist Humphry Davy obtained the impure metal, and in 1831 the French pharmacist and chemist Antoine-Alexandre Brutus Bussy isolated the metal in the pure state. Today, magnesium can be extracted from dolomite (CaCO3·MgCO3), or carnallite (KCl·MgCl2·6H2O), but is most often obtained from seawater. Every cubic kilometer of seawater contains about 1.3 billion kilograms of magnesium (12 billion pounds per cubic mile).

Magnesium is an essential element for animal and plant life. It is the eleventh most abundant essential element in the human body and is used by 300 enzymes. In plants, it is one of nine macronutrients. It is the seventh most abundant chemical in plants at concentrations of less than 1%. Magnesium is considered a secondary nutrient because plants require it in smaller quantities than nitrogen, phosphorus, and potassium but larger quantities than micronutrients. Plants uptake magnesium in quantities similar to phosphorus. Magnesium deficiency symptoms occur in leaf tissues when levels are less than 0.10 to 0.15 percent.

Magnesium is an essential macronutrient for plants. Between 15 and 30% of the magnesium in plants serves as the central core of the chlorophyll molecule. The other 70 to 85% of the magnesium in plants play essential roles in enzyme systems, membrane channel and receptor protein regulation, stabilizing nucleic acids, building blocks for ribosomes, ATP formation, and carbohydrate export to leaves and other plant organs.
Magnesium is mobile in plants and readily moves to plant tissues and organs that need it. Because of this, early symptoms of magnesium deficiencies occur in older leaves or leaves adjacent to newly formed fruits. Healthy plants tend to have higher magnesium content in organs that transpire, such as leaves and flowers. Since it is mobile, there is a tendency for magnesium to be reallocated from stems and leaves to fruits and seeds that form later in the growing season.
Foods rich in magnesium are avocado, bananas, dark chocolate, fatty fish, leafy greens (kale, spinach, collard, turnip, mustard), legumes, nuts, seeds (chia, flax, pumpkin), tofu, and whole grains.

In most soils, magnesium is at sufficient levels for plant growth. However, levels vary depending on the crops grown, soil pH, human influences, soil texture, climate, and cation exchange capacity. Concentrations in surface soils range from 0.03 to 0.84%, with sandy soils having the lowest and clay soils containing the highest magnesium concentrations. The soil magnesium pool exists in three fractions: non-exchangeable, exchangeable, and water-soluble fractions. Non-exchangeable magnesium is found in primary and secondary clay minerals, often hydrated with one or more water molecules. The exchangeable fraction consists of magnesium held by clay particles and organic matter, which is in equilibrium with magnesium in the water-soluble (soil solution) or magnesium released from surfaces of layer silicate materials. Soil tests measure the plant available magnesium in the exchangeable fraction. Magnesium is more soluble in soils below pH 7. In sandy soils, magnesium is easily moved below the root zone by water.
Plants access magnesium in the soil solution. Magnesium can come from irrigation water, commercial fertilizer, manure, biosolids, and sediment deposition. It can come from weathering of primary and secondary minerals like dolomite, olivine, serpentines, etc. Magnesium can also come in from the mass flow of water into the root zone as plants take up water.
Low soil magnesium concentrations occur in sandy, acidic soils with pH ranging from 4.5 to 5. This can be corrected by using dolomite lime to simultaneously raise the pH and add magnesium. Magnesium sulfate or magnesium oxide can be used to correct a magnesium deficiency in high pH soils. Soil salinity, fertilizers high in potassium salts, and manures can induce or aggravate magnesium deficiency. Magnesium deficiency can also be attributed to calcareous soils to unbalanced conditions caused by excessive potassium or calcium content.

Physiologically, magnesium deficiency causes an accumulation of starch in leaves and reduced plant growth. Early visual symptoms include fading and yellowing of older leaves that progress interveinally toward the base and midrib of leaves resulting in herringbone interveinal chlorosis. Chronic magnesium deficiency decreases the movement of carbohydrates resulting in stunted plants and smaller root systems. In some plants, a severe deficiency causes leaves to become reddish-purple that starts from the outside edges and moves inward. Other plants such as wheat may show yellowish-green patches (mottling), and alfalfa will exhibit leaf curl with reddish undersides. Sugar beets and potato leaves become stiff and brittle, and veins are often twisted. Conifers may display a browning of older needle tips followed by senescence. Cotton plants have leaves that turn red.
When a rapid increase in fruit size occurs during the summer, magnesium is first transferred from adjacent leaves to the developing fruit. There may also be a translocation from older leaves to young developing leaves on the same shoot. Disconnected yellow areas or irregular yellow blotches start near the base along the midribs of mature leaves close to fruit. These blotches become gradually larger and eventually coalesce to form a large area of yellow tissue on each side of the midrib. This yellow area enlarges until only the leaf tip and base are green, showing an inverted V-shaped area pointed on the midrib. The yellow area may gradually enlarge in acute deficiency until the entire leaf becomes yellow or bronze. Cultivars producing seedy fruit are more severely affected by a magnesium shortage than cultivars producing seedless fruit. Alternate bearing is common in seedy cultivars growing in magnesium-deficient soils. Magnesium deficiency-induced defoliation can reduce the fruit-bearing wood for the following year. This results in reduced fruit yield and quality. Fruits from magnesium-deficient trees have lower insoluble solids, acidity, and vitamin C. Magnesium deficient trees are more susceptible to cold injury than non-deficient trees. There is a reduction in the size of individual fruit in citrus trees and a general decline in fruit production. Reduction in fruit size and production decline is also caused by Fe, Zn, Mn, and Cu deficiencies. However, deficiency symptoms of these micronutrients develop on new growth. In contrast, magnesium deficiency occurs only on mature leaves that were previously normal in appearance or on limbs bearing a heavy crop load. Heavily fruited limbs develop extreme magnesium deficiency symptoms and may even become completely defoliated.

Magnesium fertilization is needed when soil alone cannot supply plant needs. Many other nutrients can compete with magnesium for crop uptake. In acid soils, aluminum (Al), the hydronium ion (H+), and manganese (Mn) can reduce magnesium uptake by plants. In basic soils, calcium (Ca) and sodium (Na) compete for magnesium uptake. When higher rates of ammonium (NH4+) forms of nitrogen have been applied with manure fertilizers, magnesium levels in plants can be lower. The same effect occurs where higher potassium (K) rates have been applied or where soils are naturally high in K, such as in arid regions of the U.S. These antagonisms are most likely to occur where soil magnesium levels are marginal. Fertilizers such as dolomite and hydrate dolomite are commonly used to supply magnesium and raise soil pH. Other mineral sources include lainite, langbeinite, kieserite, schoenite, and struvite-chemical sources magnesium chloride, magnesium oxide, and magnesium sulfate.
Either foliar or soil applications of magnesium can be applied depending on the crop and the growth stage. Foliar is recommended for forage crops to increase nutritional value for animal nutrition. Foliar sprays of magnesium nitrate can be effective when applied to the spring and summer flush leaves that are two-thirds to fully expanded but not hardened-off. Leaves that have already developed a deficiency pattern will not completely recover when magnesium is applied, but deficiency symptoms can be prevented the following season.

Fertilization with magnesium can result in increased growth and yield if plants are deficient.  It can also improve the nutritional value of forage crops.

Excess magnesium in plants may indirectly cause deficiencies in other cation soil nutrients such as calcium and potassium.  However, no symptoms are directly attributed to magnesium excess.  There were early reports of magnesium toxicity in the 1800s, but these may be due to confusion between magnesium and manganese.

Magnesium fertilization has received only minor attention even though it is an essential macronutrient for plants.  This is fine since most soils have sufficient magnesium to meet crop needs, or adequate amounts are supplied via some organic fertilizers and irrigation water.  While magnesium toxicities have not been observed, they can interfere with other cation nutrient causing collateral symptoms.  Deficiency symptoms can happen depending on soil type and water movement.  Diagnostic symptoms are interveinal chlorosis on older leaves.  Interveinal chlorosis may also appear on leaves adjacent to the developing fruit.  Magnesium may also be an important consideration to improve the nutritional quality of forage crops.  Magnesium deficiencies can be addressed by several synthetic and organic fertilizer options.